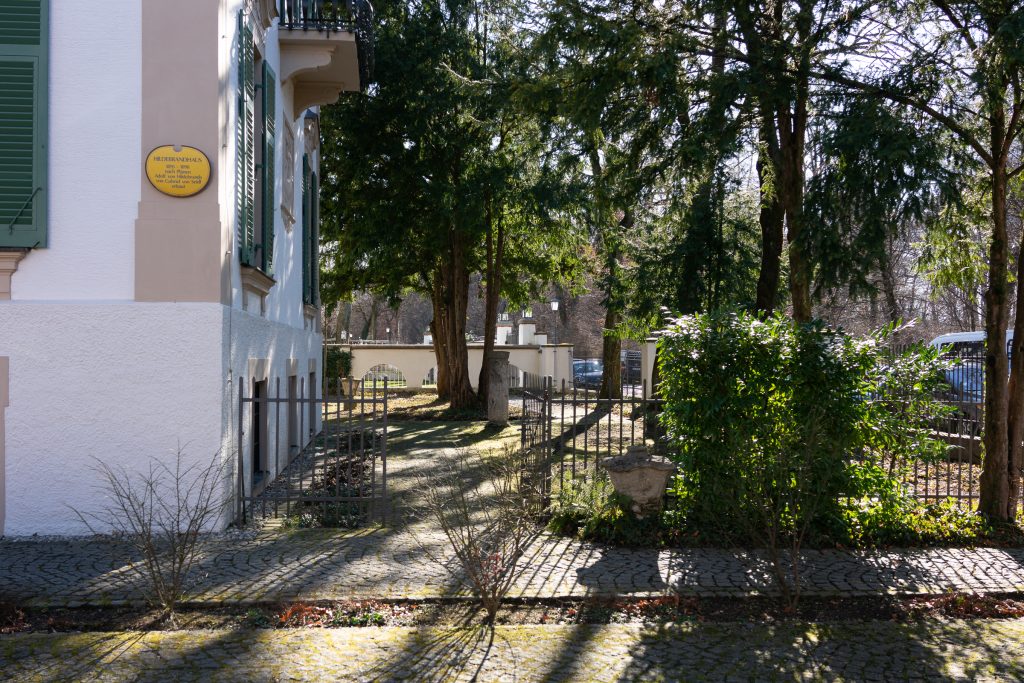 The Monacensia, the literary memory of the city

On this tour you’ll get acquainted with some prominent personalities of the 19th and 20th century who lived at that time in the city like Lionel Feuchtwanger who had to flee from the Naziregime, Oskar Maria Graf or the famous Nobel prize-winner Thomas Mann.

We will pay a visit to the Monacensia, a carefully restaured artist’s villa in the nobel district Bogenhausen. It was the home of the sculptor Adolf von Hildebrand, who lived here for many years with his family. Today the spacious building accommodates the literary works of prominent authors of the city.

Changing exhibitions on the work and life of well-known personalities in the past and a beautiful garden with a coffee terrace invite you to stay.

On the spurs of famous authors

The tour leads us through the former artists’ district Schwabing/Maxvorstadt. There we walk past some of the workplaces of well-known authors and artists like the Alter Simpl. The name goes back to the satire-magazine Simplicissimus. The Bohemians of Schwabing used to meet in this pub, where at the beginning of the 20th century the political cabaret “Elf Scharfrichter” (eleven hangmen) performed regularly.

We also walk past the place where Thomas Mann finished the well-known novel “Die Buddenbrooks”.

The reputation of Munich as an artists’ city goes back to Ludwig I. The king promoted sculpturers and paintners generously, sent them to Italy in order to study Italian art. At the beginning of the 20th century the artists of the ‚Blue Rider‘ (Blauer Reiter) revolutionized this classical way of painting.

The young Russians who had come to the newly opened Akademie der Bildenden Künste (academy of performing arts) had illusionary ideas on how to paint.

Soon they were mocked at as Schlawiner (tricksters). You will learn about the artists’ association NKVM (Neue Künstlervereinigung München) before the Blaue Reiter was created, the mobbing of Kandinsky’s work who painted in Munich at the end of the 19th century the first abstract work on canvas in the history of art. We will follow the spurs of the foundation members, walk along the first home of Kandinsky and Gabriele Münter as well as the studio  flat of Franz Marc.

Perhaps this tour inspires you to get to know more about the painters of those days and you want to visit the Lenbachhaus which holds the world’s biggest collection of the Blaue Reiter. You can also book a separate excursion to Murnau and Kochel, small towns on the foot of the alps where these artists created some of their most famous paintings. 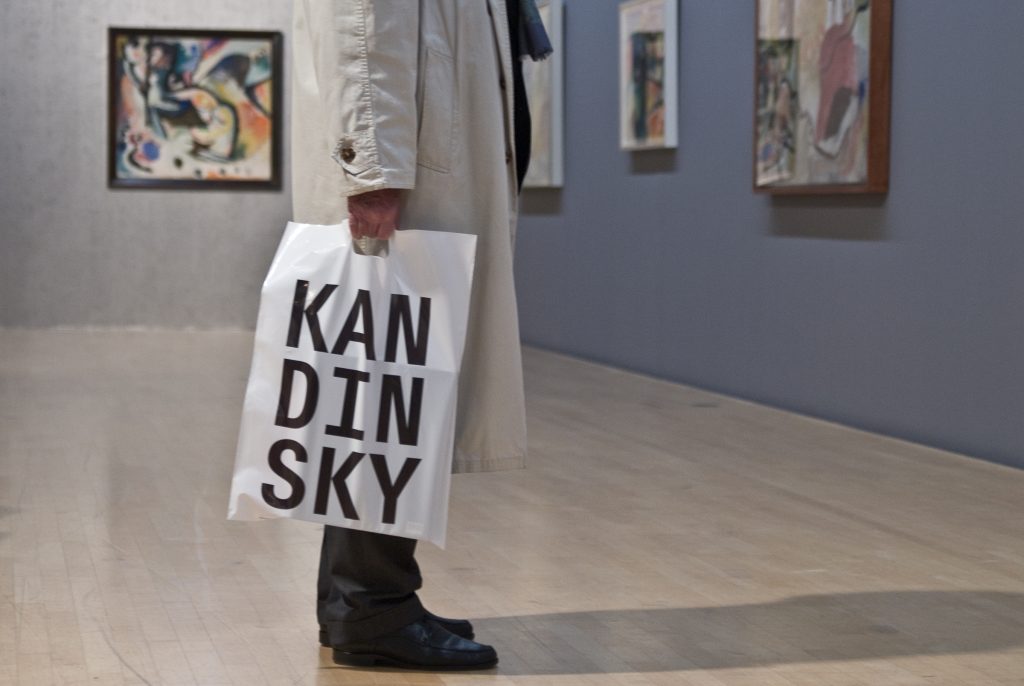 This tour starts at the Academy of Performing Arts where Kandinsky, Franz Marc and other artists who painted in expressionist style began their studies. We walk past the first apartment where Kandinsky and Gabriele Münter lived for some years together. We also see the studies and private painting schools of the expressionist painters.

A visit of the famous Lenbachhaus which houses the biggest collection of the Blue Rider is almost a must. It’s my pleasure to guide you through this unique collection.

Those you want to learn more about the artistic circle around Kandinsky and Münter should book a day tour with me to the enchanting small town of Murnau where the expressionists spent their summers painting in “plein air”. You will visit the small Blue House, the former home of Gabriele Münter where the expressionists met regularly. Four other museums in the area also show paintings of that period.

You are most welcome to visit some of the other museums of world reputation situated in Munich under my guidance as there are Alte Pinakothek, Pinakothek der Moderne or Villa Stuck, only to name a few.

Famous women in the Bohemian Quarter of Schwabing 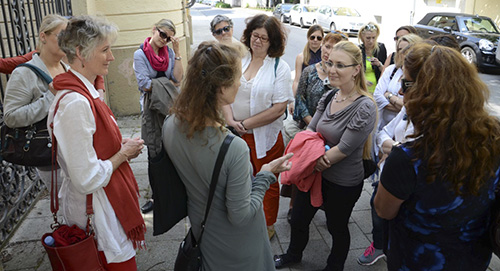 Visitors listening to the guide

Munich is an artists’ city and has always been one. We’ll start our walk at the Kaulbachstraße, one of the most interesting streets as to cultural history where mainly female artists used to live. You immerse in the life of Franziska countess of Reventlow, who used to be always involved in one scandal or other. You learn about the life of two feminists who have been persecuted by the national-socialists and some other women like Ricarda Huch who left the Prussian Academy of Arts and Sciences in 1933 protesting against the regime.

The tour is a trip back to sinful Schwabing called “Wahnmoching” by Franziska of Reventlow.