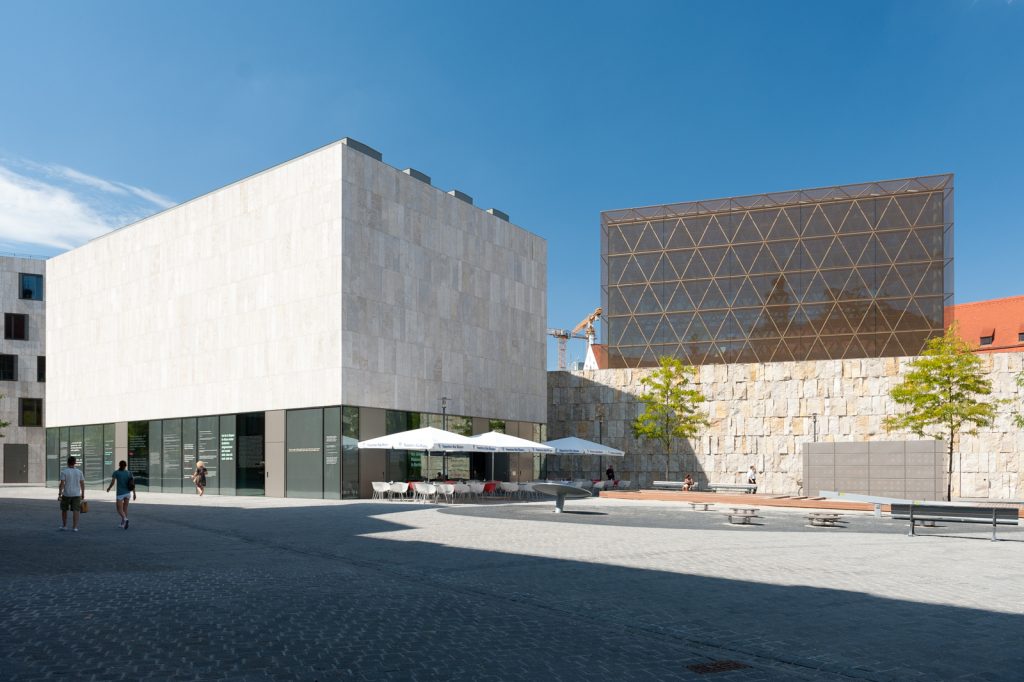 The new Jewish center on Sebastiansplatz

Already hundred years after the foundation of the city in 1158 a considerable number of Jews had settled behind the city hall. This has been proved by recent archaeological findings. Nowadays this area, the former Marienhof is the biggest construction site in town which lasts probably till 2028. A second tunnel will be built up to 40 meters deep into the ground leading from the west to the east of the city. The Jews in the middle ages held an important role: they were the big money-lenders, even for the dukes. Although in 1315 the so-called Jewish Law of Augsburg granted them this right, every so often pogroms took place. Finally from 1442 onwards for a period of more than 350 years no Jews at all were living in the city anymore.

However, from 1806 onwards when Bavaria was made kingdom by Napoleon, they were tolerated, but by law their number was not allowed to increase any more. It was only in 1871 that they achieved the same rights as all other inhabitants.

As we know from 1933 onwards there was again no place for them in the city. Their shops were demolished, many were deported to concentration camps, two thirds decided to emigrate in order to escape the Nazi regime in time. In 2006 a new Jewish center arouse, dominated by the main synagoge Ohel Jakob surrounded by the Jewish museum, the parish hall with a nursery school, primary and secondary schools and a kosher restaurant. Nowadays more than 8000 Jews are living again in the city.

If you want to know more about Jewish history in Munich you might also be interested in the tour Munich during the Nationalsocialist Regime.